THE Ipswich Historical Society could have put on their version of the Planes, Trains and Auto Festival this Saturday.

That is until bureaucratic oversight kicked in.

“We were getting an aircraft from Toowoomba,” Ipswich Historical Society events and publicity co-ordinator Anita McGill said.

“But the owner couldn’t get a permit (to bring it). We’re pretty upset about that!”

The aircraft would have been part of the society’s A Time of Courage military family fun day which will be held this Saturday (June 12) at the Cooneana Heritage Centre.

Instead, they will have to “make do” with about 15 historic and military vehicles, including a tank and WWII jeeps, according to Ms McGill.

“The day is about marking the 80th anniversary of the war in the Pacific, whether it’s Kokoda, the bombing of Darwin or Pearl Harbor,” she explained.

There will be re-enactors AND a visit from by a light horse troupe.

Ms McGill predicted there would be live entertainment, hopefully including the pipe band. And the centre’s 10 resident clubs will also make their presence known.

“We’ve got spinners and historical motorcycles,” she said of the variety that will be on show from the different clubs.

Among those taking part will be members of the Ipswich Tea Train Society: The train tea society was established by the women of Ipswich in the early 1900s who would meet trains travelling through Ipswich to provide tea and refreshments to soldiers off to war as well as returned servicemen and women.

At the time the rail route from Sydney to Brisbane passed through Warwick, Toowoomba and Ipswich.

Another group taking part will be the Ipswich Women’s Land Army, who worked the land while the men fought in World War II.

The day starts with a service from 9am-9.45am and runs until 2pm. 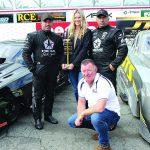 Winternats returns to Willowbank
Next Article 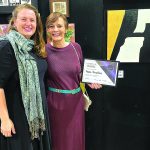