The team of reservists and volunteers at the Air Force’s Restoration Support Section (RSS) is restoring a historic Avro Anson prior to putting it on display.

The RSS has been restoring the Anson (W2472) since February 2017; work started by stripping the aircraft to its bare frame.

“The team fitted the wing spars, engine nacelles, engines and undercarriage, allowing W2472 to stand alone for the first time in many years.”

RSS has since also fitted the nose section, along with a mock Vickers machine gun on the pilot’s side, and is now working to complete the cockpit fit-out, radio operator station, navigator station and upper gun turret.

The restoration of Anson W2472 – which will be rebadged as AW655 from 71SQN – is expected to be completed next year.

“The aircraft will then join the impressive and ever-growing fleet on display at the AMB AHC,’ WGCDR Wells said.

The RAAF first ordered Ansons in 1935 for maritime patrol duties as part of its modernisation program. In 1940, the Empire Air Training Scheme began to use Ansons as training aircraft for observers and navigators. The RAAF received 937 Anson Mk 1s between 1940 and 1944 and operated 1028 Ansons, more than any other aircraft type.

Anson W2472 arrived in Australia in August 1941 and began operations in September 1941 with No. 6 Service Flying Training School at Mallala, South Australia. l After World War II, the aircraft was put into storage until it was sold in 1954.

A match made in dog school 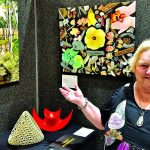 Artists’ night of nights
Next Article 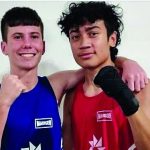 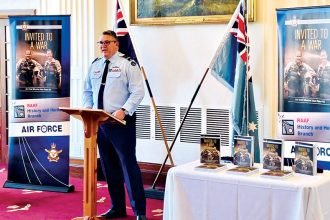 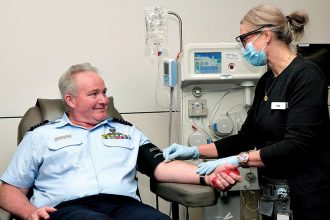 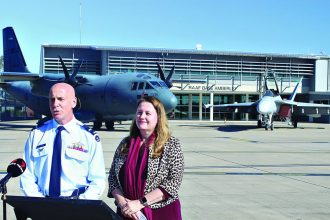 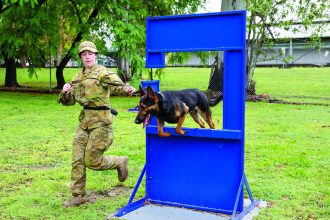 A match made in dog school