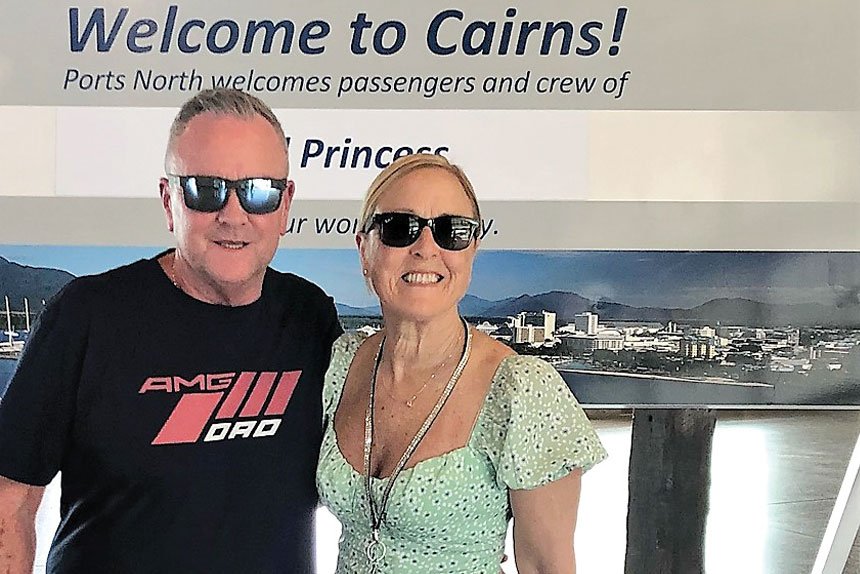 A BROOKWATER couple who recently travelled on the Coral Princess say they are appalled at the misinformation been peddled by media outlets over the ship’s Covid protocols.

Dale and Deanne Macey-Smith were on the ship just a few weeks ago and said, “they felt perfectly safe”.

The Coral Princess has been in the gun sights of major media organisations who say the ship’s latest journey has been dubbed “a cruise from hell”.

The accusations follow reports of a minor breakout of Covid amongst the ship’s crew and some guests.

Dale said he was totally satisfied with the Covid travel protocols in place on the Coral Princess.

“We couldn’t board the ship unless we had a certificate to show we were fully vaccinated and boosted, and we also had to have a clear PCR or RAT test from the day proceeding.

“There were 1900 passengers on board our cruise and as in any community there was bound to be some who would come down with Covid.

“As I understood it later, some passengers did report to the doctor onboard and failed their Covid test.

“We never saw those passengers as they were isolated in their cabins until they supplied a negative test or left the ship.”

His comments were backed up by a Queensland Health spokeswoman who said Covid cases on cruise ships
were expected and they were always prepared to manage them.

Dee spoke to Karl Stefanovic on the Today Show and then was later interviewed on A Current Affair.

She said while the Today Show was fair her positive views about the cruise on A Current Affair were smothered by negative comments from a woman who wasn’t even on the cruise and a rehash on the Covid debacle of the Ruby Princess from 2020.

“It seems the media just wants to bash the cruise industry rather than support them as they try to get sailing
again after years in mothballs.”

While onboard they said all staff wore masks and encouraged passengers inside to also wear masks.

In confined areas such as the theatre there was a slip and sip policy where you would pull down your -mask have a sip and then pull it back up.

NOTE: Editor Peter Chapman recently went on an Azamara cruise around Spain where the same Covid protocols as employed by the Coral Princess were in place.

He reports only a handful of passengers tested positive and they were immediately isolated. He said no passengers expressed any Covid health concerns and just a few wore masks. 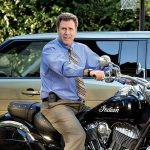 Book now and have a laugh at fundraiser
Next Article 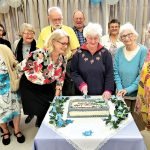 Happy birthday to a happy centre