HE’S 90 years old and Athol Alcorn shows more stamina than many half his age.

The legally blind, nonagenarian last weekend wrapped up a 300km walk from Kilkivan to Ipswich to raise funds for Queensland’s only children’s hospice, Hummingbird House.

Mr Alcorn has volunteered at Hummingbird House since 2016. He cooked up the idea for the walk, aided
by friends from his church group and was joined by staff from Hummingbird House. The group set off on June 21 and finished on Sunday (July 3).

“While he endured some nasty blisters, Mr Alcorn hasn’t had any issues and led the way with fierce
determination. He is already planning his next adventure,” he said

“We have met so many nice country folks along the way and Athol loves nothing more than to chat to people
from each town and hear a little of their story.

“We’ve visited many local pubs for dinner. Each morning Athol likes to find the local bakery to pick up a simple corned beef and pickle sandwich for his lunch.

“He is very humble and is overwhelmed with the well wishes and donations made on his behalf.” Mr Brown said. Mr Alcorn raised over $18,000; his initial goal of $10,000 was surpassed in just a few days. 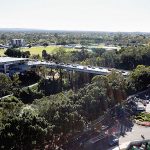 $78m to drive road repairs and upgrades
Next Article 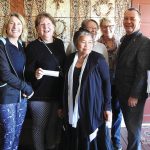 Yoga group says thanks with $220 cheque to DVAC