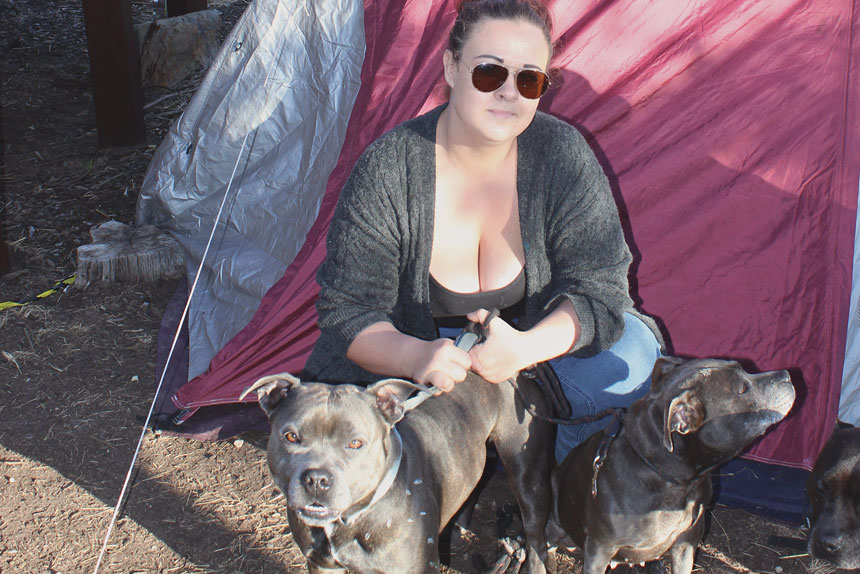 Forced out of their rental home because of COVID, they said they first bounced between motels. Then it got worse. For them The Local Ipswich News came across the Ipswich couple, and their tent, in a park in Brassall which they, and three English staffys, have called home for almost two months.

“For the last four months, we’ve been on the streets,” Cory said.

He said they are able to pay for rental accommodation; they just need one that’s affordable.

“Even if we can get a property where we can just pitch our tent in the backyard, we don’t mind paying.

“The others times we have been quite fortunate to have a place to stay,” Cory said.

They were paying up to $600 a week then up $800 a week for motel rooms. Their sole regular income is from Centrelink.

“It wasn’t our choice to leave the motels. It was just that it was the way it worked out and they wanted someone else in there,” he said.

They’ve also had to live in cars: they’ve paid $700 a week for a time, according to him. Their own car, a diesel, is in urgent need of repairs.

Tiffany says she’s qualifiedin aging support: “I’m doing my nursing in midwifery. I’ve got my barista, my RSA and my RSG, my food safety. “

She says the demand for her services is there but a lack of car and home is hurting them.

“I need a house. The car needs to be fixed. Without working, we’re only getting Centrelink money so it’s quite
hard to buy food every day. We don’t have any power here.”

That lack of power also dictates their diet since they can’t buy anything perishable like meat. It’s the non-perishables like tinned goods they buy.

For Tiffany, a lack of house means she can’t see her son, 9, who is living with his father.

“I really do need a house for my son to come back. Without a house, I worry that I may never get him to come back. He was with me 24/7.”

She confirmed she is on the Housing waiting list and applies every day, with help from inCommunity.

“I just want someone to give us a house. We pay all the time; we’ve always paid,” said Tiffany.

“There’s no houses being built, builders are going belly up,” Cory said.

“We’re good people and we just want to get to work.” 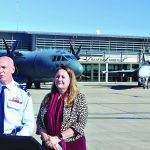 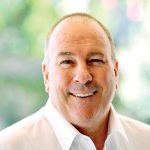